Straddling the border between two prosperous LA neighborhoods, Century City and Beverly Hills, the Century Park redevelopment was commissioned by CBRE and built to LEED Silver standards by Shlemmer Algaze Associates. The restroom products would need to be specified in order to satisfy LEED standards, hold up to everyday use, standardize offerings across each installation site, and represent the forward-looking attitude of the development itself. The Splash Lab was commissioned to design and implement the Century Park site’s “floating” sink. The design called for a basin offset from the surrounding walls. Because it weighs nearly 200 pounds and is normally installed flush with the walls, significant thought went into creating a solution that achieved the desired look and also provided adequate support for the sink. The Splash Lab worked with architects through site consultations and to create a customized solution that realized the visual concept without compromising on structural integrity. The Monolith’s trademark infrastructure – steel and Corian solid surface (“no more, no less” as the saying goes) – was already ideally suited for the brief, as the lack of a wooden substructure renders it invincible to the rot that plagues many other restroom installations. Because the entire system is modular and supported by a set of regularly spaced brackets, it was simply a matter of re-tooling the bracket design, enabling the slab sink to sit off the wall. This small design change was then replicated in an easy and cost-effective manner to achieve the floating basin wherever installed. 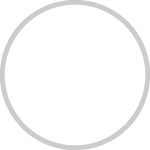